Portland’s Brian Michael Bendis and David F. Walker on seeing their ‘Naomi’ comic get the TV treatment
The Oregonian Jan. 25, 2022

Inside the ‘Naomi’-Verse With Ava DuVernay and Kaci Walfall
Variety Jan. 11, 2021

Brian Michael Bendis Moves His Jinxworld Line to Dark Horse
The writer is unveiling the new creator-owned title ‘Joy Operations’ for the publisher, which will become home to comics such as ‘Powers.’ The Hollywood Reporter Aug. 16, 2021

BENDIS & OEMING’s POWERS Returns – And It’s Bigger Than Ever
Brian Michael Bendis talks about Spider-Man: Into the Spider-Verse and taking on writing for Superman as well as Legion of Super-Heroes. Newsarama Nov. 15, 2019

Seth Meyers geeks out on Brian Michael Bendis, who says you can’t write Superman and be an asshole AV Club Jul. 27, 2019

Brian on Late Night with Seth Meyers
Brian Michael Bendis talks about Spider-Man: Into the Spider-Verse and taking on writing for Superman as well as Legion of Super-Heroes. NBC Video Page Jul. 27, 2019

TIME Came to Bendis’ House to Talk to Him About Superman
It was cool! Watch it below.

For a Comic-Book Writer, ‘Superman’ and His Own Line Are Two Blessings
Brian Michael Bendis was hired by DC to work on the iconic superhero as well as Jinxworld, his independent-flavored line Read the Article Here!
Wall Street Journal Dec. 26, 2018 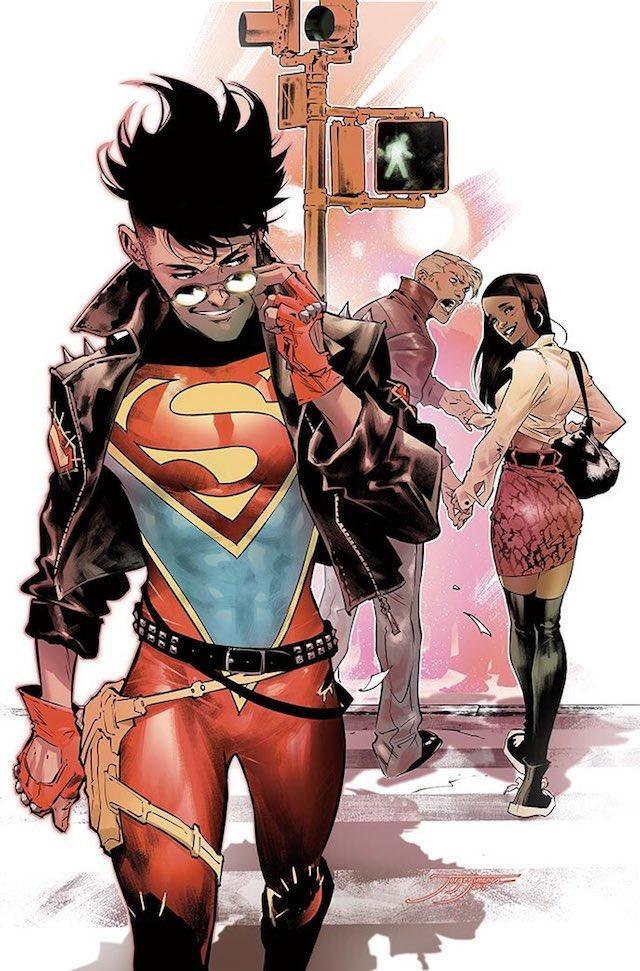 Our Superman
Created here 80 years ago, the man of steel gets a modern makeover in the hands of Cleveland native Brian Michael Bendis — just when we need him most. Read the Article Here!
Cleveland Magazine December 12, 2018 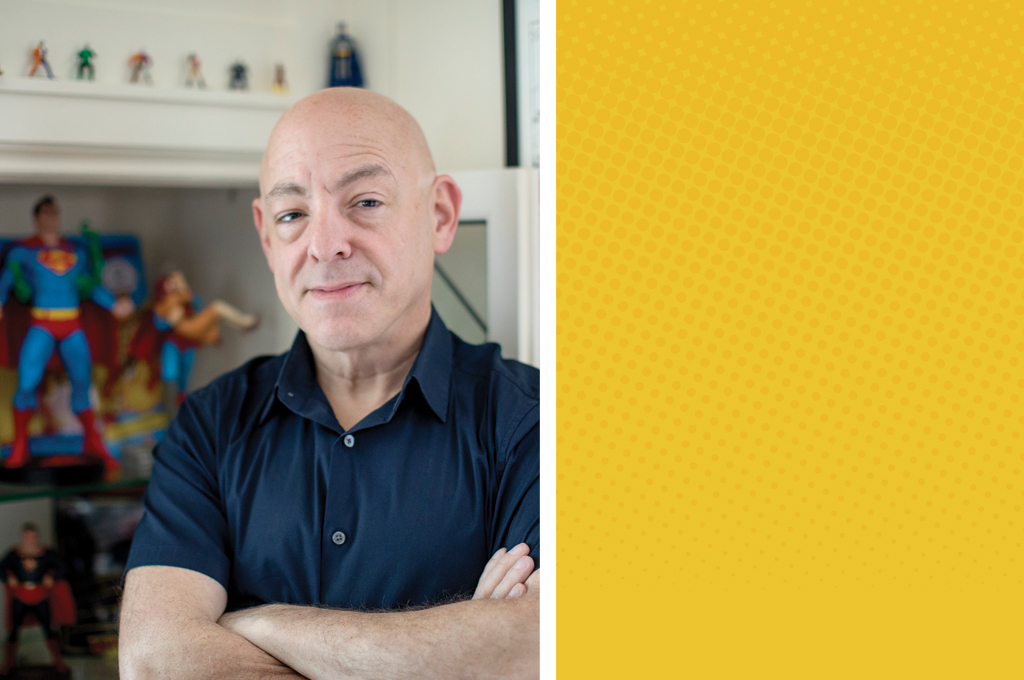 Miles Morales, the Spider-Man who survived the multiverse
Who can be Spider-Man? For writers and fans, Miles became the answer. Read the Article Here!
Polygon December 18, 2018

JINXWORLD at Rose City Comic Con 2018
Jinxworld is headed to Rose City Comic Con for all three days, September 7-9. Stop by the Oregon Convention Center in Portland for special events, giveaways, and more! Get your tickets at rosecitycomiccon.com and check out our events page to see what we’ll be up to.

Bendis on the Apolitical Politics of Scarlet

Newsweek interviewed Brian about bringing back his revolutionary heroine, Scarlet. Want to learn about the politics of social collapse and a one-woman war on injustice? Check it out! 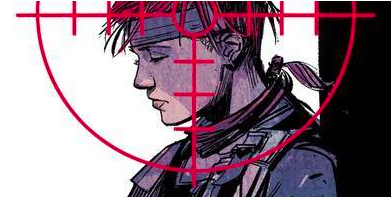 Den of Geek on the Future of Jinxworld

Den of Geek published an interview with Bendis about returning to Jinxworld and his creator-owned comics: Cover, Scarlet, United States vs. Murder, Inc., Pearl, and Takio. The gang’s all here! 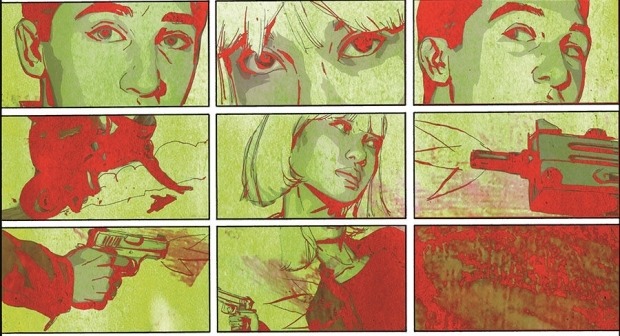 “Pearl #1 is a Gorgeous Crime Comic” 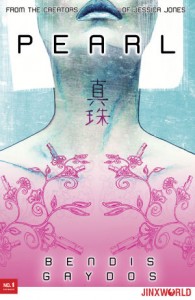 But don’t take our word for it! Check out IGN’s review of the first issue of Bendis’ new comic, Pearl, to see all the nice things they had to say about us.

Brian talked to Rosie Knight at Nerdist about the process behind Pearl, his new creator-owned Jinxworld comic with Michael Gaydos. Learn about how the two worked on the idea for the comic for almost a decade here. 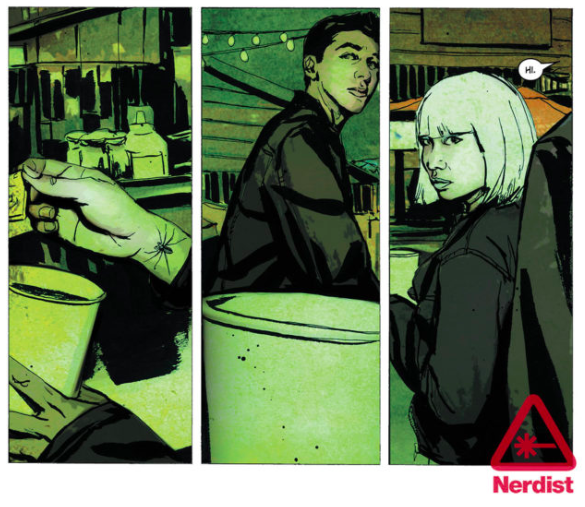 Newsarama interviewed Bendis to preview Pearl. They talked about tattoos, assassins, and… oh yeah, comics! Give it a read!

It’s all true. Read all about in Brian’s interview with Paste Magazine, here. 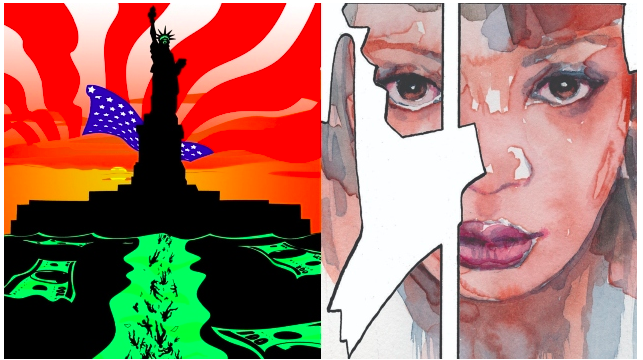 Entertainment Weekly talked to Brian about his new work at DC. There’s no beating that headline, so you’ll just have to check it out yourself!

Gizmodo published an article about the real-life inspiration for Brian’s goodbye to Miles Morales. Not to spoil it, but let’s just say that all friends are super friends.

Brian sat down with The Mothership podcast to talk about eight decades of the Man of Steel. Check it out below:

Meanwhile, WKYC in Cleveland made a great video about 80 years of Superman and his Cleveland roots. Definitely worth a watch!

Bendis talked to the Daily Beast leaving Marvel, bringing back Superman’s red undies, and the time he almost died. Read it here! 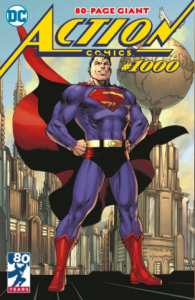 UPI did a write-up on Brian’s Superman premiere celebrating the 80th anniversary of Superman along with a bevy of other amazing artists and writers.

We can’t think of a better way to start than this 80-page issue making 80 years of a great character. Read the article here!

“Can This Man Save Superman?” Asks the New York Times

There’s only one way to find out… by reading Superman, of course!  This article from the New York Times about Brian’s very busy year is a pretty good read, too.

Jinxworld in The Hollywood Reporter

Brian talked to The Hollywood Reporter about two of his new Jinxworld comics, Pearl with David Mack and Pearl with Michael Gaydos. Read it!

Bendis on Jinxworld, DC, and Superman in Forbes 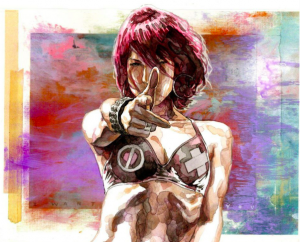 Brian gave Forbes an exclusive preview into the future of his work at DC and Jinxworld, including his upcoming Man of Steel miniseries. Take a look to get his thoughts on Superman, his original characters, and much more.

Last fall, Bendis returned to his hometown of Cleveland, Ohio for a wedding. While there, he visited a Superman exhibit at the Cleveland Library. Although the Man of Steel may have been born on Krypton, Jerry Siegel and Joe Shuster brought him to life in Ohio. Brian’s visit helped him realize that he wanted to be the next Clevelander to tell Superman’s story. You can read all about it on Ceveland.com or click the image below to go to their gallery. 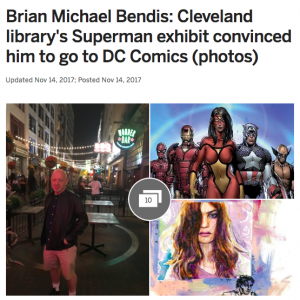 As some of you may have noticed, we had some big changes happen this year!

This is real. I love you all. Change is good. Change is healthy. I am bursting with ideas and inspirations. Details to come! Stay tuned! https://t.co/S1x5JDmGTt 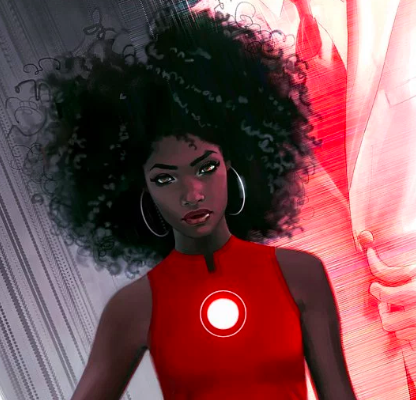 Brian went to Cleveland to talk about making comics. The secret is to just make them! Watch it below: 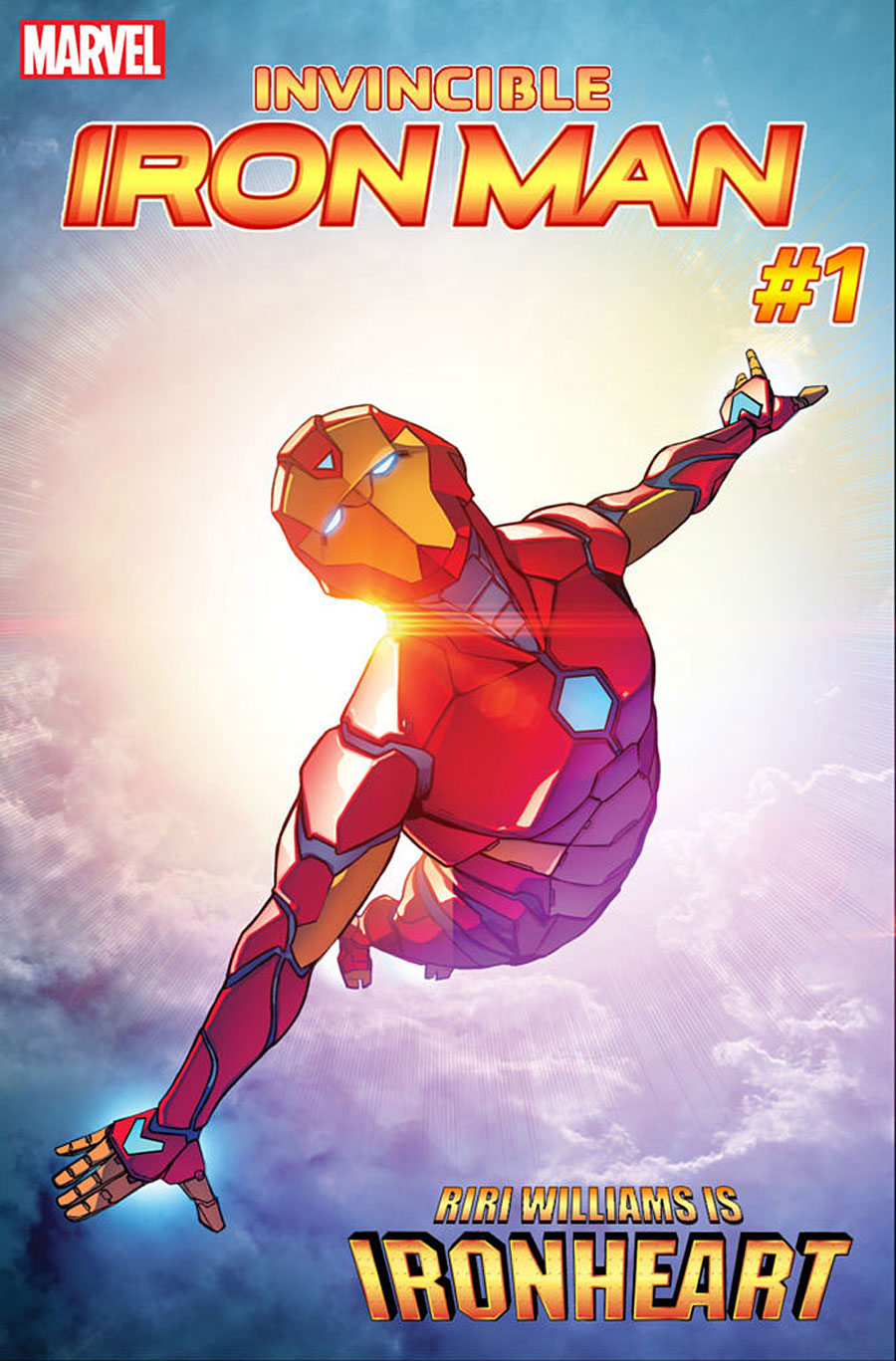 Read the story behind Riri Williams in the Washington Post!

Bendis in the New York Times